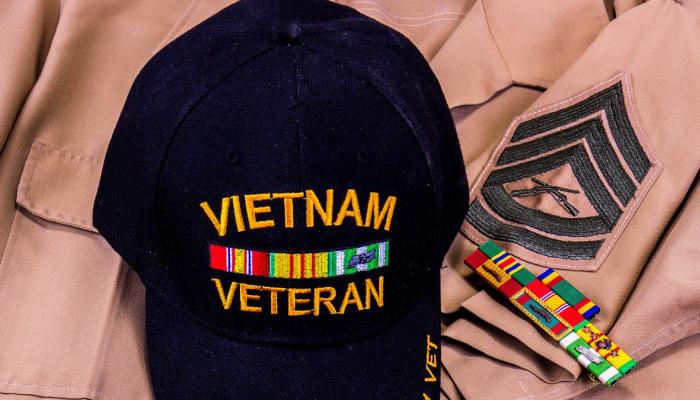 Veterans: See what you can afford in 2022

Retired Col. Benjamin H. Purcell, who was the highest-ranking Army prisoner of war (POW) in Vietnam, died on April 2 at age 85.

Purcell was captured in Vietnam in early 1968 and spent more than five years as a POW in Laos. After his return to the United States, Purcell continued serving until his retirement in 1980.

Life as a POW

On Feb. 8, 1968, the helicopter Purcell was in was shot down near Quang Tri City, a major area attacked in the Tet Offensive. He and the crew were immediately captured. When Purcell and his men were captured, the Viet Cong took all of their possessions, even their combat boots, and force marched them for days on little food and water to the prison camp.

On Feb. 14, the Vietcong interrogated the American soldiers for the first time — it was Purcell's 40th birthday.

He wanted to give up, but he was determined to endure the trials, no matter how often the Vietcong pressured him to denounce his country.

The next 62 months were spent in a variety of prison camps around Vietnam. And since Purcell was a high ranking officer, he was kept in solitary confinement for about 58 of those months.

"'Deny yourself as American serviceman,' the Vietcong said. 'Criticize yourself as the aggressor — then things will get good for you,'" Purcell said about how his interrogations often proceeded. "But to betray myself and my country was not an option for me."

Purcell resisted his captors' temptations. He even managed to break out of the POW camps twice — he was captured, but Purcell considered his escapes a personal victory. He proved that their prisons weren't invulnerable.

His love for his wife Anne also spurred him on. Despite the Vietcong confiscating his wedding band, Purcell remembered what he had to live for. To help remind him of his wife, he made a new wedding ring out of bamboo and thread.

"I knew I had Anne and the children at home waiting for my return," Purcell said. Purcell never gave up hope that he'd get home, despite reoccurring doubts.

"Every morning I would wake up and say (to myself) 'Ben, I hope this is the day you're going home,'" he told GDVS. "Then the sun would go down and I'd say, 'Well, tomorrow is another day.'"

His very first public statement after his release was, "Man's most precious possession, second only to life, is freedom."

For his final assignment, Purcell taught as professor of military science and commandant of cadets at the ROTC detachment at North Georgia College.

Col. Rich Crotty of U.S. Forces Command at Fort Bragg, N.C., was a cadet at North Georgia while Purcell was commandant, according to the Gainesville Times.

Crotty told the Gainesville Times that Purcell emphasized family, faith and love of country to the cadets at North Georgia.

But Purcell's memory lives on. In 2012, North Georgia College dedicated the new formation plaza on the university’s Dahlonega campus as the Col. Ben Purcell Formation Plaza.

David Moore is a content contributor at Veterans United Network. He writes personal stories of our nation's veterans and active military members.

Prior to writing for Veterans United Network, David served in the United States Air Force and spent 7 months in Afghanistan as a Logistics Officer and Brigade Engineering Officer with the Army National Guard.

Check Your$0 Down Eligibility Today!

2023 New Year, New Home $75K Veteran Homebuyer Giveaway
Enter TodayDon’t miss your chance to win one of our biggest giveaways of the year.
Enter today!
1. realtor.com is hosting and helping to administer and promote the sweepstakes.
2. NMLS #1907 (nmlsconsumeraccess.org). Not affiliated with Dept. of Veterans Affairs or any government agency.
3. May be subject to tax withholding. See Official Rules for details.